Sometimes when you’re walking around Africa you come upon something that at first appears mundane. Then, upon second glance, you realize it is actually is mundane – but it’s still interesting. 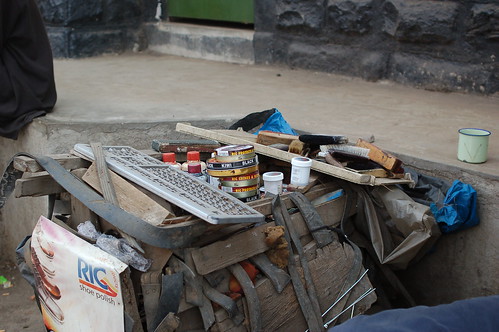 Such was the case when I passed a shoeshiner (who didn’t want to be in the picture). On his stall there was an old, keyless keyboard, and it just didn’t seem to fit. He then told me that it serves as a perfect shoe holder that keeps the shoe polish and repair materials off of him, and as a simple non-slip surface.

Think of it as a laptop desk for shoes. 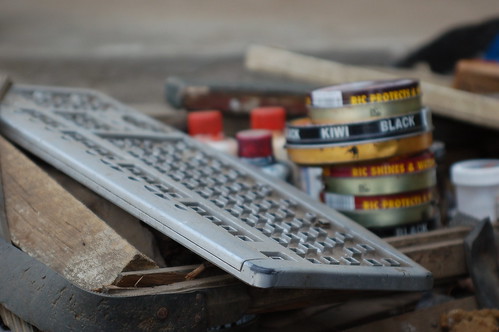 11 thoughts on “Your Old Keyboard and a Shoeshine Stand”