4 brothers in Western Kenya have begun solving water problems by creating waterpump windmills out of old bicycle parts and roofing materials. They have created 30 of them and are making good money doing it. This is another story of Africans solving their own problems using local materials:

The four Ututu brothers had inherited a large area of fertile farmland, which had been terraced by their father in the late 1950s. Despite this resource, they were experiencing problems because they lacked water both for drinking (meaning wasted time, fetching water from 15 km away in the dry season) and for irrigation (thus low yields from the meagre rainfall). 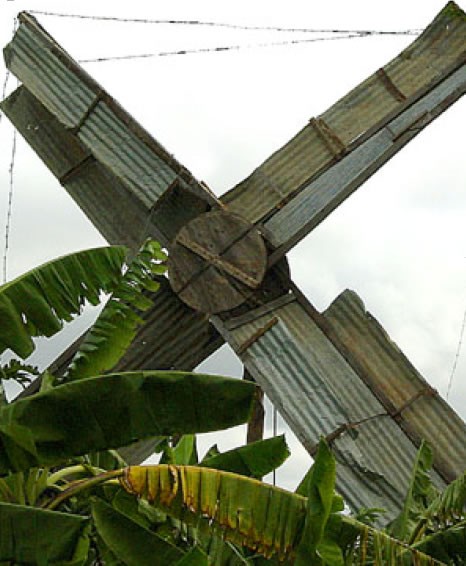