We’re currently fighting a bug that has affected our server [Update: Fixed! :-)], hence the long delay in updating this wonderful blog. Also, we recommend subscribing to this blog (because the bug doesn’t show up on our feed), so if you haven’t already done so, please  subscribe to the AfriGadget RSS feed. Thank you!

So… “what do you do with old billboard posters”, asks Kenyan bloggger Daudi “Mentalacrobatics” Were on his Posterous site – and instantly delivers the following snapshot: 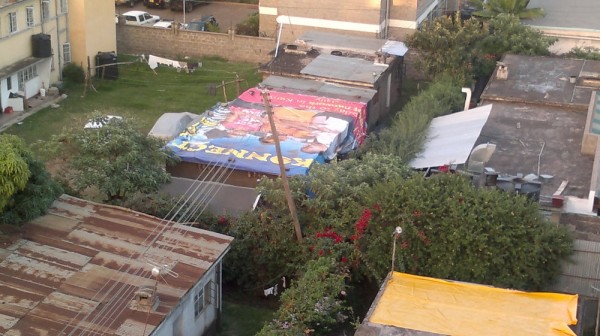 Talking about reusable materials, here’s another popular reuse: a football / soccer ball made using old plastic bags, newspapers and sisal string. Demonstrated by the kids at The Nest Home, a children’s home in Limuru, Kenya: 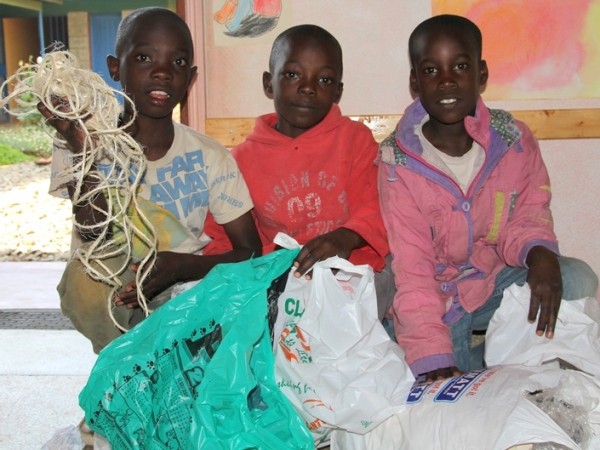 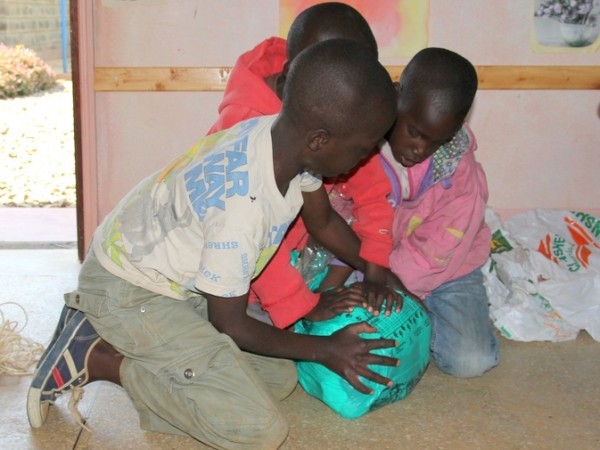 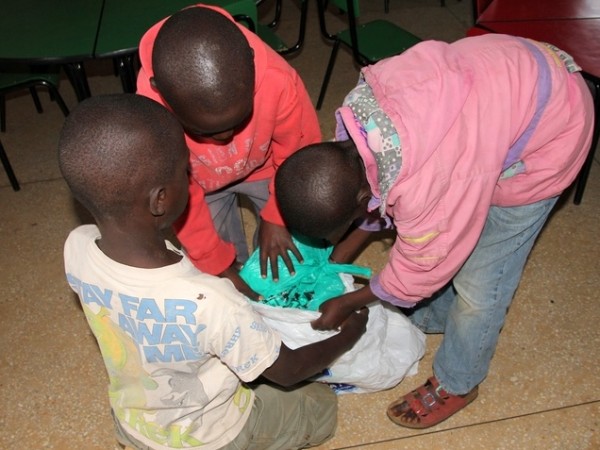 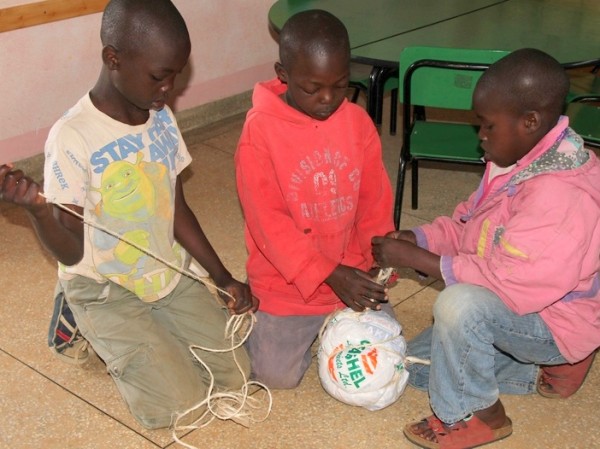 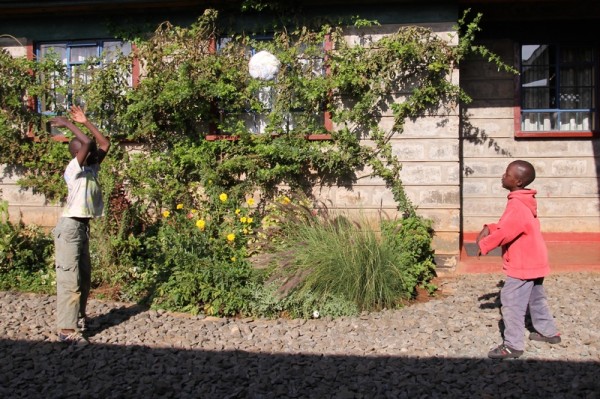 We actually prefer these creative toys as the kids learn how to MAKE things – instead of just buying cheap Chinese toys.

If you’re interested in “toys made from trash”, please also have a look at this wonderful website run by Indian toy inventor Arvind Gupta.

Miniature versions of vehicles are as popular with kids in Cameroon as anywhere else. Adult craftsmen across the continent use materials such as wire, beads and recycled cans to create toy bicycles, trucks and airplanes—many of which transcend the level of children’s toys and are nothing short of art objects. Indeed, some of these creations are produced for corporate clients and international buyers.

No less ingenious and fascinating are toys created by and for kids themselves, usually from the simplest of materials and tools. This includes items like toy tractors (Kenya) and SUVs (Uganda) made from recycled plastic bottles. 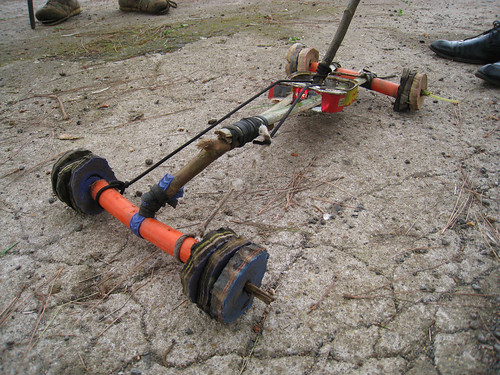 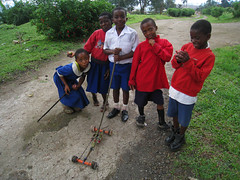 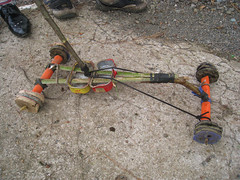 In Cameroon, one such popular toy crafted by kids is a ‘remote controlled’ car or ATV. These are often built from discarded flip-flops (slippers), sardine tins, bamboo or raffia palm, electrical conduit (pipe), rubber and bits of string. A variation on this theme that incorporates a split bamboo steering column and a full-sized wire steering wheel was blogged by Steve in the northwest of the country.

It’s not difficult to spot toy cars like this being piloted by kids in Cameroon—the trick is usually being able to catch up with them to photograph one. A big advantage of this design is its ability to handle rough terrain when being driven at speed. The bamboo frame, chunky tires and rubber fasteners suck up bumps in the road like a 4WD Toyota. The proud builder of this R/C all-terrain vehicle paused long enough to demonstrate his creation for me. 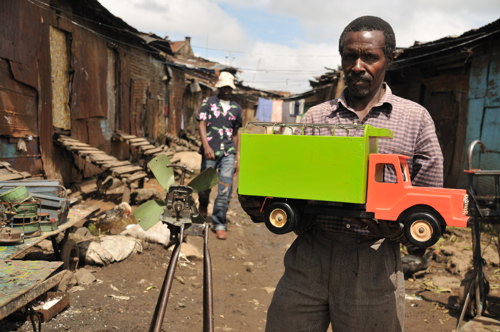 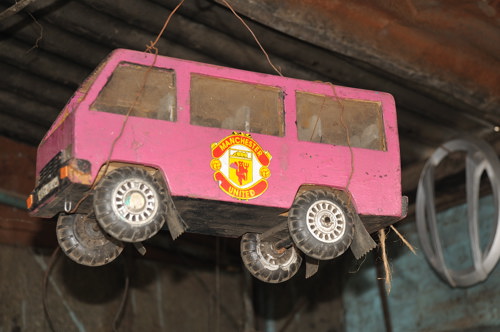 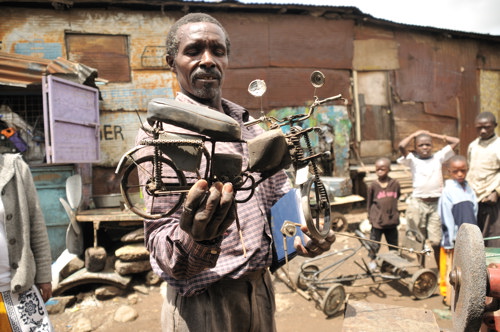 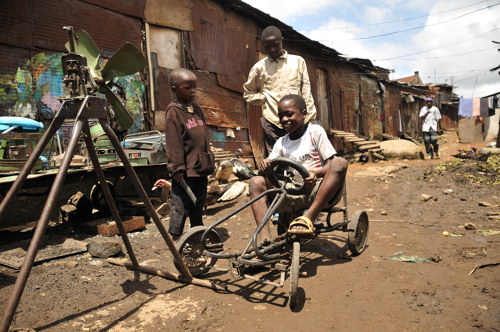 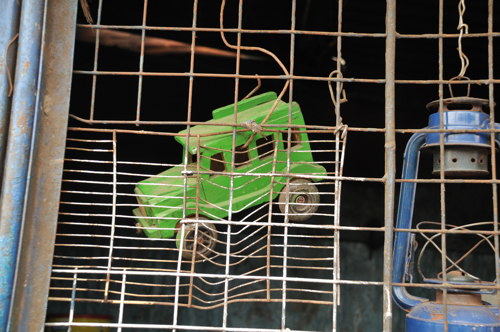 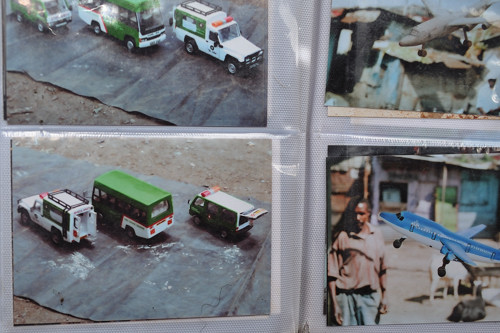 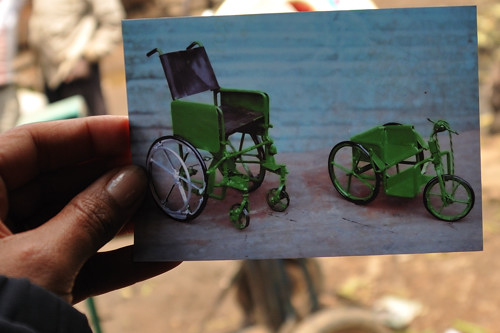 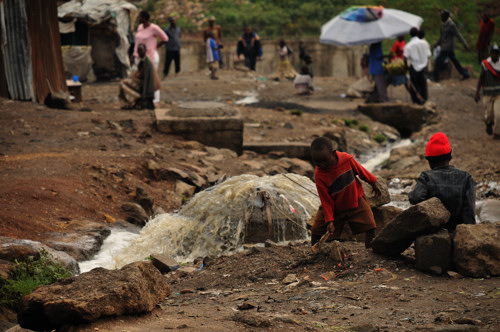 (The following series of images were sent in by Teddy (aka TMS Ruge) a professional photographer and an all around amazing individual who runs Project Diaspora.)

The SUV was made from an old Cooking Oil container, I can’t remember the brand. The “top” is cut-out and they put other little belongs in there pulled it for hours. The wheels are made from old slippers, or sandles. Spokes from an old bicycle served as the axles. Banana stalk was used to pull the “vehicle”.

“That’s my niece, Chris and her friend, Geofrey are in the picture. They spent hours in their own world pulling it across the yard.”