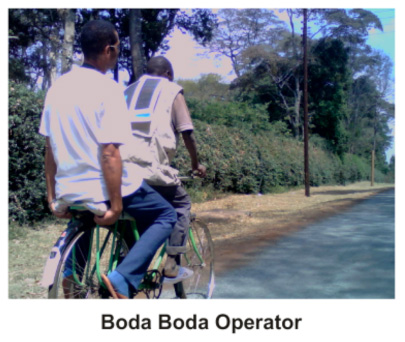 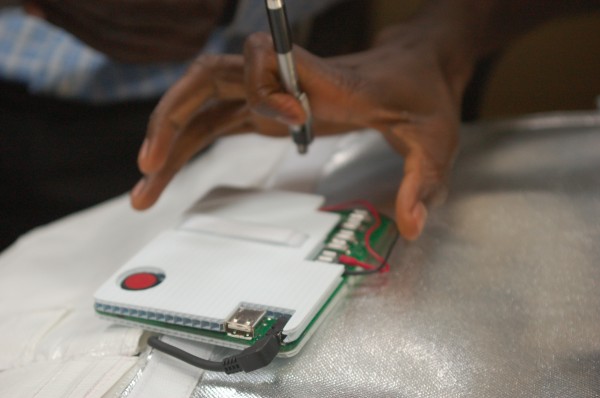 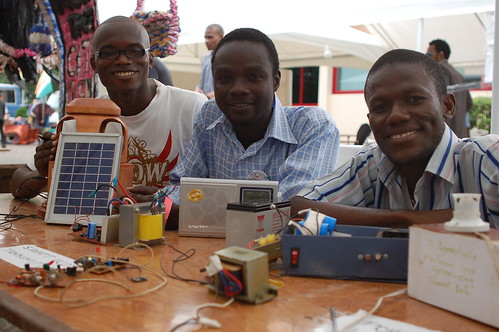 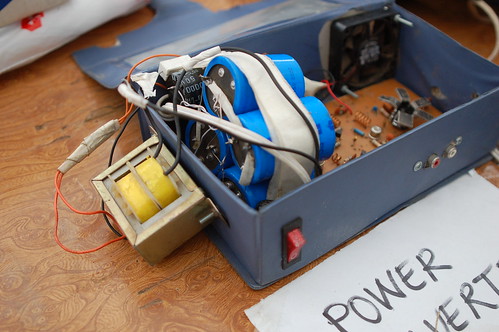 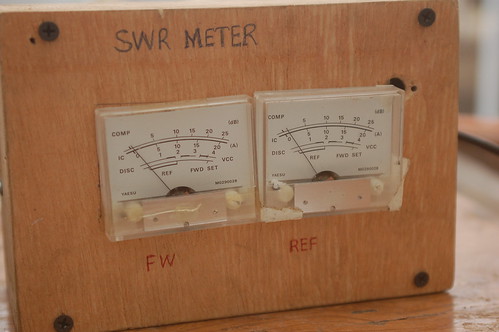 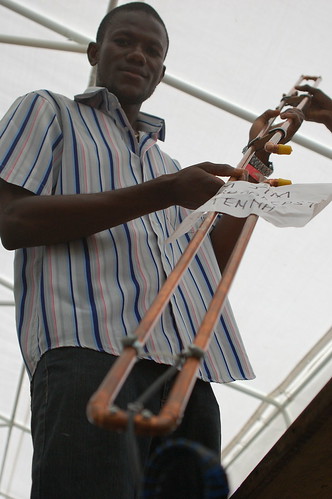 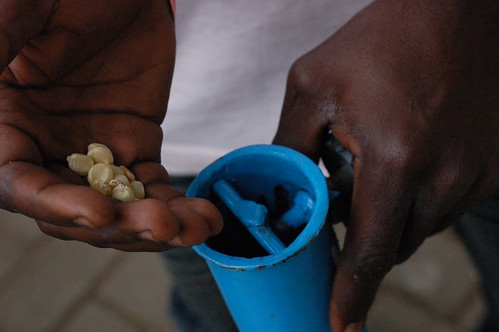 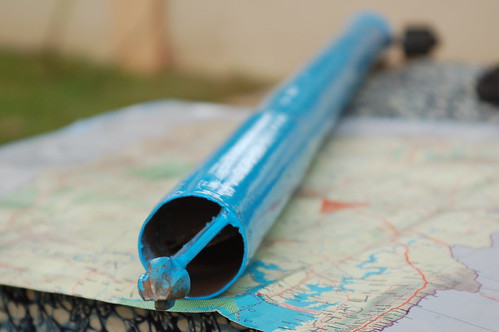 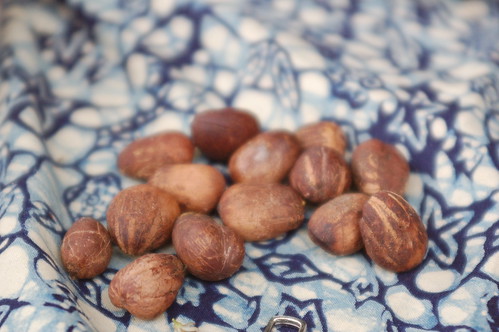 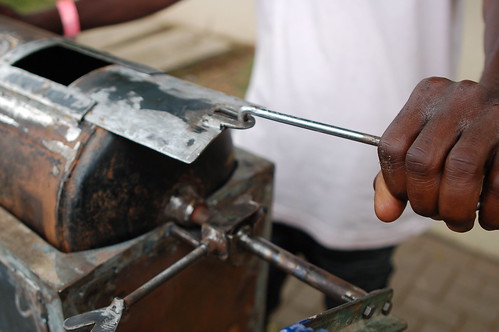 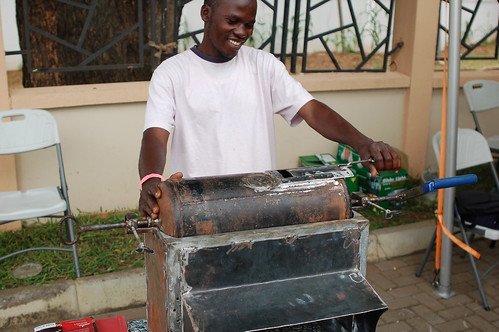 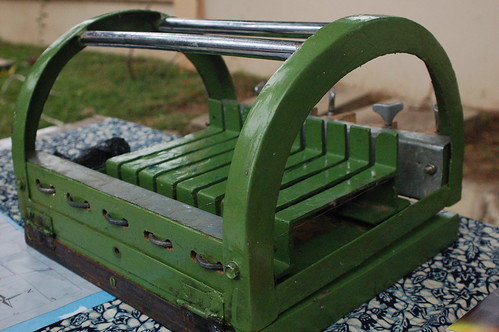 Cleaning massive amounts of water with chlorine from WhiteAfrican on Vimeo.

Suprio Das is part of the water-cleansing team with Killian Deku, Laura Stupin and Bernard Kiwia. Besides the ball-valve doser, they’ve also created a siphon mechanism chlorine filter. It, like all of the IDDS work, uses locally available materials.

This particular project attaches to a hand pump and can cleanse unlimited amounts of water. Best of all, it has no moving parts, so it is less likely to break or wear down over time. It works by dripping chlorine into the water when a certain water level is reached. Then, the water comes pouring out in batches. 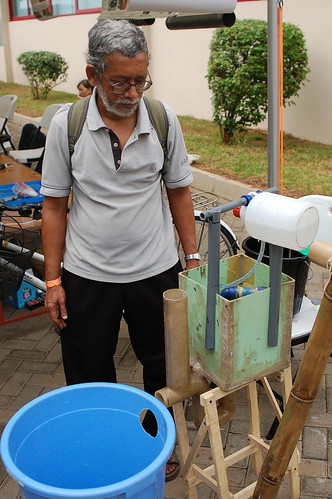