Being on the ground in Nairobi makes it a little easier to find good AfriGadget stories. I took a walk down Ngong road, an area with a lot of shadetree mechanics, wood carvers and metal fabricators. The first place I stopped at had a home made welding machine.

Simon, the shop owner, showed me a couple of the machines and gave a video tour of how it works. He’s a prime example how an entrepreneur in Africa will figure out ingenious solutions to meet local market demands. The welders sell for around 14,000 Kenya Shillings (just over $200), but fabrication costs only a small fraction of that.

Below is the video and some pictures. (Another video will be uploaded later, connection speed issues preclude me uploading another one right now). 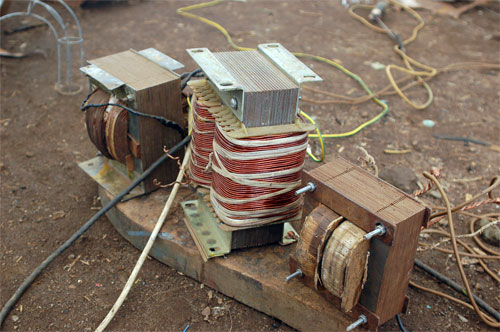 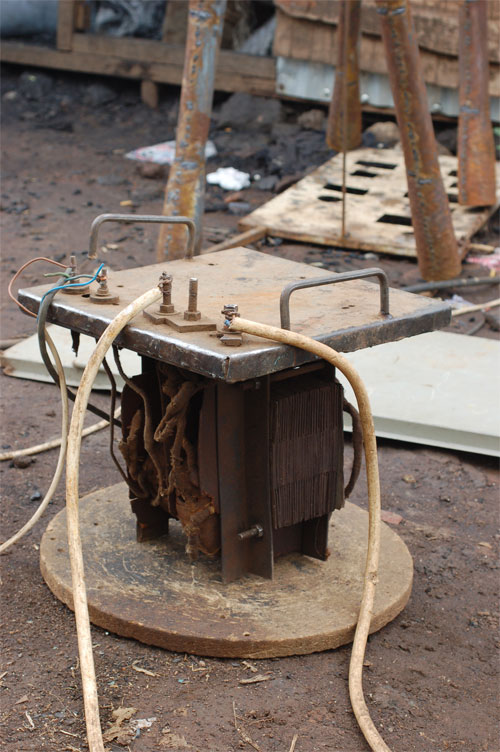 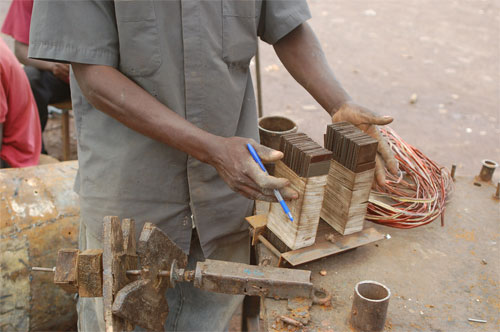 Send in your stories of African ingenuity here.

59 thoughts on “Home Made Welding Machine”