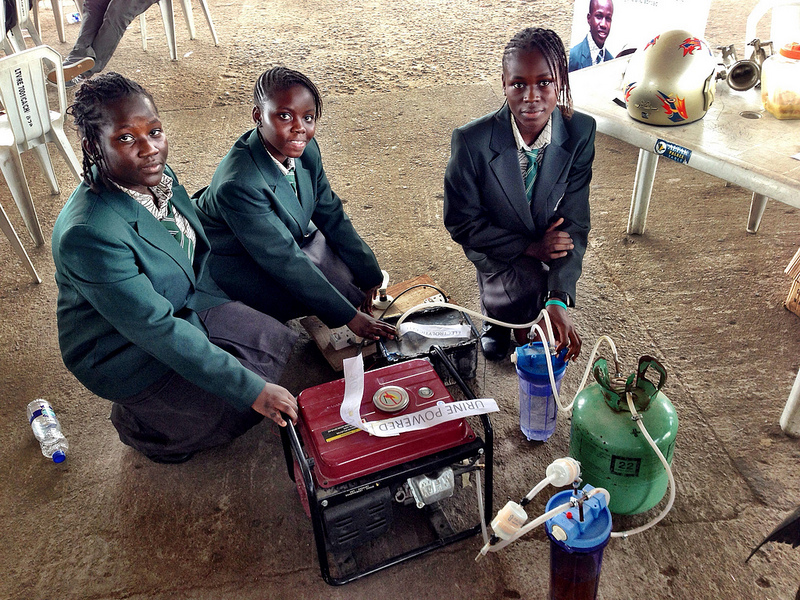 Possibly one of the more unexpected products at Maker Faire Africa this year in Lagos is a urine powered generator, created by four girls. The girls are Duro-Aina Adebola (14), Akindele Abiola (14), Faleke Oluwatoyin (14) and Bello Eniola (15).

1 Liter of urine gives you 6 hours of electricity. 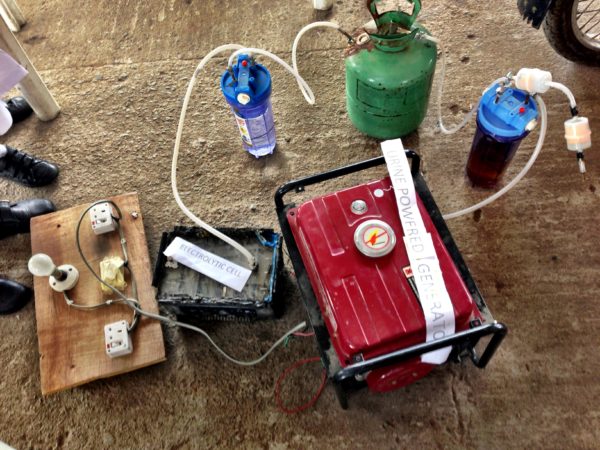 Along the whole way there are one-way valves for security, but let’s be honest that this is something of an explosive device…