Not all inventiveness is utilitarian (or, business can be fun and fun can mean more business…).

Such is the case with this video by Eric Kabera – the maker of the genocide film “100 days” and inventor of Hillywood – Rwanda’s version of Hollywood. In it he interviews Alphonse Maniriho, an unschooled young 23 year old with an idea: take the classic “Black Mamba” bicycle and completely customize it.

Being a smart young businessman, Alphonse uses his unique bicycle to his advantage, getting extra business from young men who want to ride with him so they can listen to the beats along the way.

A little background on what being a taxi man is in East and Central Africa is probably important for most who haven’t been to Africa. They have a seat on the back of the bicycle and use that to take passengers around. In East Africa they also go by the term “boda boda” (because they originated around the border of Uganda and Kenya).

Bonus: at about the 8:30 minute mark there are some nice videos of the wooden bikes used around Africa.

[Hat tip: a special thanks to Paula Kahumbu of Wildlife Direct for pointing me towards this story.] 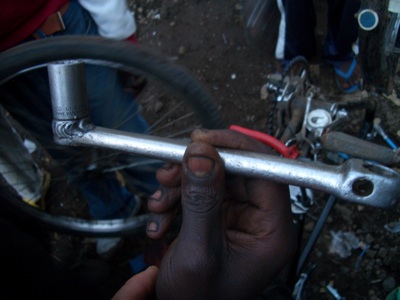 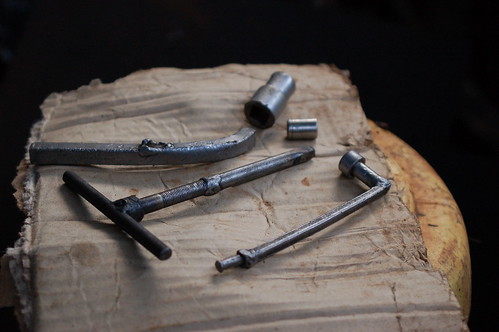