Makeni is a small town in Sierra Leone. Like the rest of the country, it is trying to recover from years of internal strife. Unlike the rest of the country, they have the Binkolo Growth Centre, a small industrial project near Makeni where the manufacture of small farm implements, tailoring, carpentry and blacksmithing takes place, and includes the use of disabled people. Two VSO volunteers, one from Kenya one from Canada, work to train and bring new ideas to the centre.

One such idea was to create a fuel replacement for their pickup by using local palm nuts, a by-product of the palm kernels, which are generally fed to pigs or used for fertilizer. Since diesel fuel for their truck runs approximately $5/gallon, it wouldn’t hurt to try. 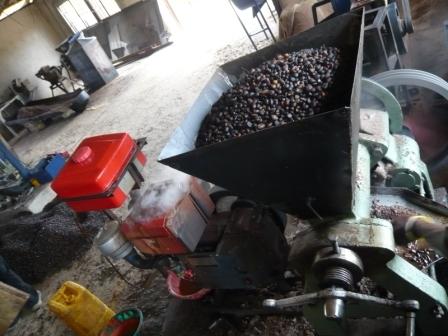 It became clear that in our poor country the chief hurdles were getting the chemicals and the right equipment. The search was on for the chemicals and after quite a treasure hunt and more than a few bribes we managed to find 4 litres of Methanol and 5 kilos of Potassium Hydroxide (enough to make a good bomb I think)…

…Actually the whole scene was quite amusing. Here we were hoping to compete with the big oil producers in the back yard of a small village and using an untried collection of old car parts, old pipes and taps attached to a used chemical container, all put together in an image downloaded from the internet. Nonetheless we were fuelled by much excitement, with much of the local community looking on, wondering what on earth we were up to.

Read the rest of this great story, and see a lot more images, on Paul in Sierra Leone’s Blog! 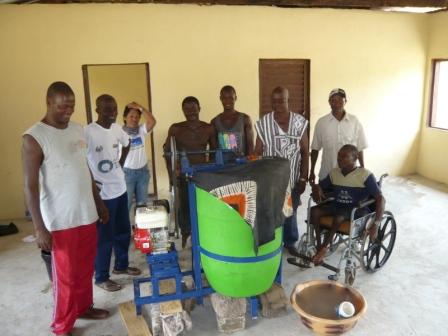 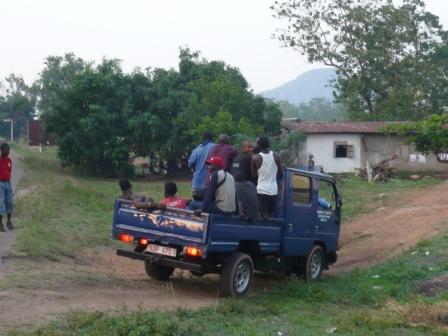