Phillip Isohe is a metal fabricator in the jua kali, non-traditional industrial sector, in Kenya. In his spare time he builds models of airplanes and buses. This seems to be an extension of what many of us did while growing up in Africa – building wire, or tin can, cars. What’s most interesting is the excruciating attention to detail that he puts into each one. In fact, they each have motors with working lights, steering, engine and interiors. 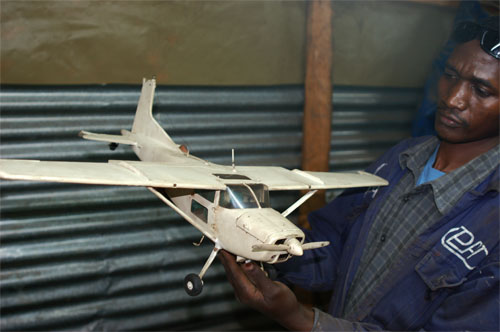 Phillip had just sold one of his buses, so the only other one I have a picture of is only half-built (picture). However, he did have a finished and working model airplane. It was amazing to see how each piece, engine included, was built from scratch. It’s not every day that you see this kind of detail work on hobbies, no matter where you are in the world.

The models take him 30 days to make and goes for about 25,000/= ($370). That’s likely just his “starting price” though, and they probably sell for a good deal less when he really wants to move it.

Here’s a short video of the model plane: 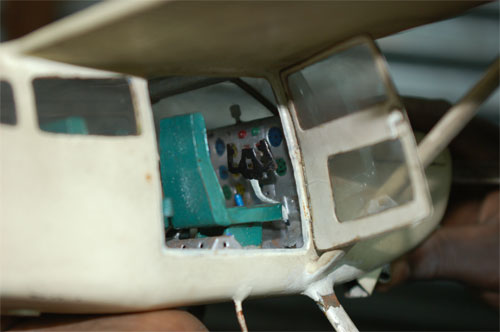 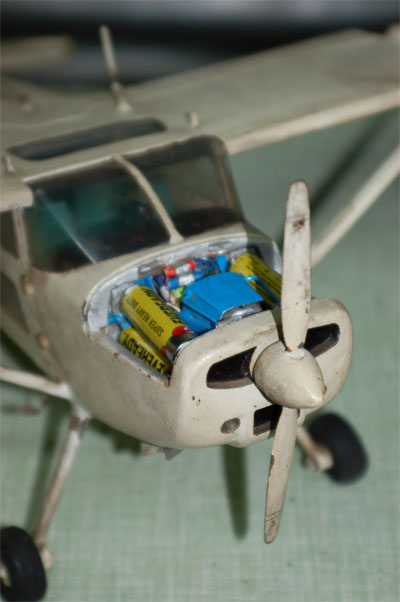 44 thoughts on “Made From Scratch Model Airplane”