Ken Banks of Kiwanja.net is a mobile expert as it relates to the developing countries. He sends in a picture from his most recent trip to Uganda. 200 Ugandan Shillings per unit is equivalent to about $0.11.

I met this phone operator off Kampala Road this afternoon, who was riding round on this bike. Luckily he was a fellow Liverpool supporter so we hit it off straight away – and he let me take a photo of his BodaPhone setup. Pretty neat, and with a spare battery to allow him to stay on the road longer. Uganda is really hotting up on the mobile front, with two new operators about to enter the market towards the end of the year. 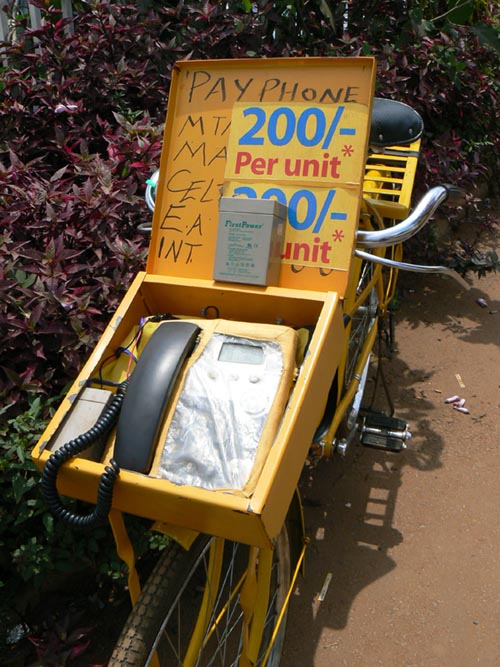 Ken is quite active in this space and runs the very popular Social Mobile Group, found on both Facebook and on his site. He has also been interviewed in a story today on BBC that talks about the mobiles in Africa.

28 thoughts on “The BodaPhone in Uganda”