You’d think that given the amount of cow dung available around rural Africa that biogas would be a big hit right? Well, its actually relatively unknown. The main reason is materials, coast and complicated technology. People in these areas use charcoal or wood for their domestic cooking needs – its not only dirty hard work to collect firewood, but it’s unhealthy and damages the environment. But, it’s free …

We believe that  biogas from cow dung holds huge promise for rural and urban areas as a cheap source of energy that can be turned into domestic use or even business anywhere in rural Kenya….eg. pasturizing milk, making yoghurt, running fridges, generators, hammer mills for grinding corn, cooking, baking, heating water, running machines… and reducing your carbon footprint.

Problem No. 1.The system needs to be cheap and mobile for communities who don’t own land or who move regularly (pastoralists)

After only 2 weeks it will have ballooned like this

Problem No. 2. The pressure is not enough to light a stove. Nothing ever works as you initially planned that’s why having a fundi like Dominic around to modify, adapt and rethink as you go along helps so much. 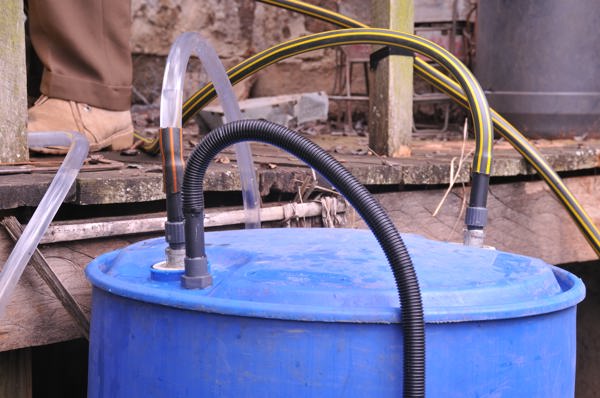 To create pressure Dominic got two tanks, and did some juakali pipe connections. One tank was placed above the other. The lower tank was filled with water. Long pipes and short pipes were put through the lids and specially made holes in the tanks …  It’s all about applying simple physics really…

Then using a pump ..(we’ll be using a modified bicycle pump next time) he was able to move the gas from the flexi bag to the lower tank and displace water to the upper tank. This water creates enough back pressure to get the stove to light.. that’s the theory … here is what happened. 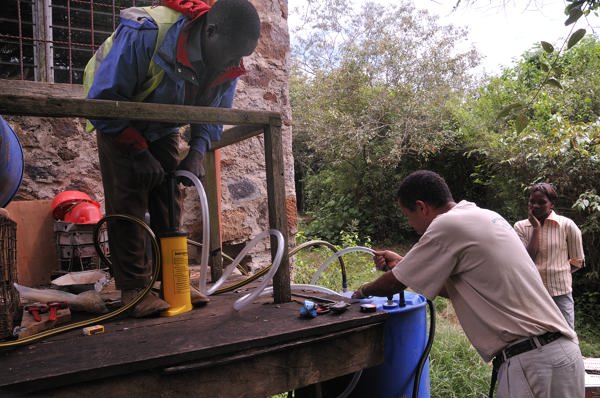 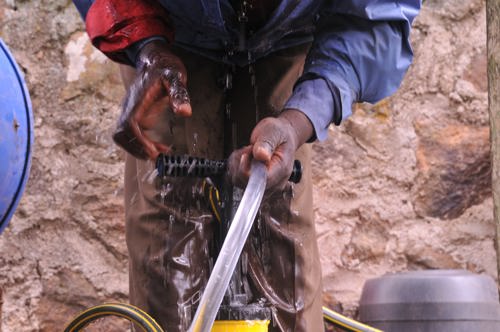 “Houston we have a problem” …Ok, accidents are bound to happen…pressure pushed the pipe off  and Victor got soaked..just water though. The top tank fills with water as you pump biogas into the bottom tank, and the water drains back to the bottom tank as the gas is used 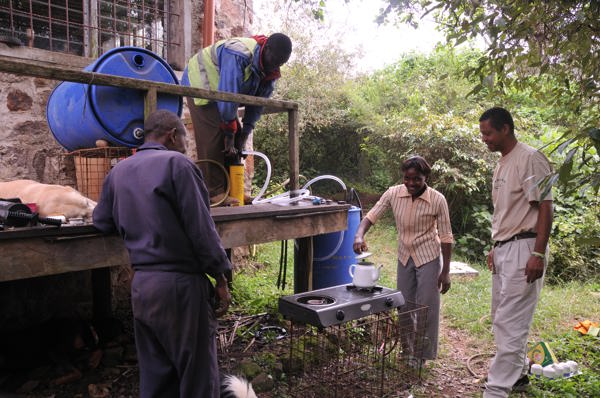 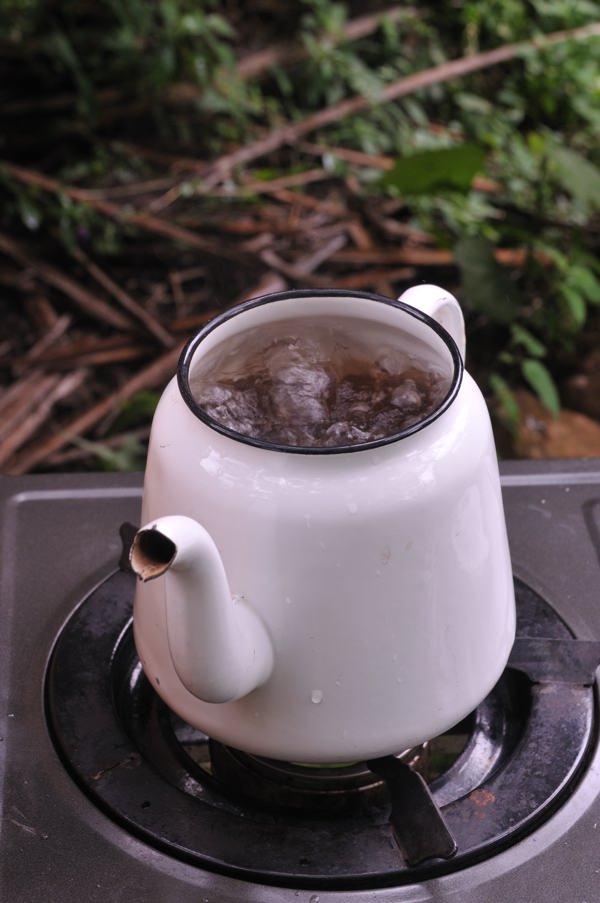 It took 15 minutes for the water to boil! 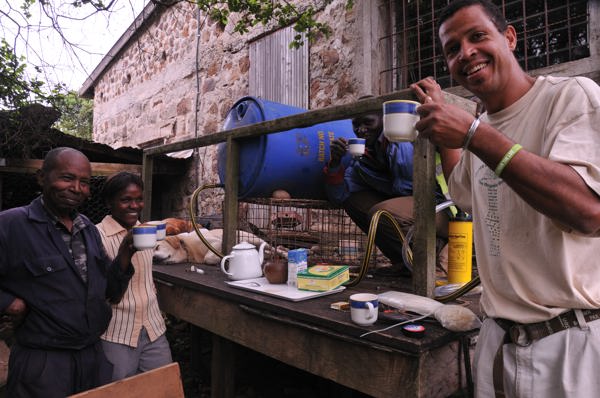 Yes we are very very proud that the system worked so Cheers! a well deserved cup of tea.

We estimate that it took about 1/4 to 1/2 of the gas in one blue tank to boil the kettle – that’s about 1/8th of a cubic meter – and the entire flexi bag contains about 5 cubic meters… which means we have about 10 hours of gas use…..and the stuff is being produced all the time (we had quite some wastage as we fooled around to get the system to work)

Well it all seemed to be going just fine when …pssssssttttt

Nothing serious but we were losing a bit of gas through one of the lids (holes had been drilled through the  lids to insert pipes) …we  need to fix that before we build up any pressure in that tank.