One of the things that I find most interesting in my travels around Africa is the similar uses of technology to meet the varied demands of different types of mechanics and workers. The particular case I’ve been thinking over is the use of a simple frame and different engines to meet a specific need.

Many of the same components are used from one machine to the next. The fabricators know that each machine has a different use, but that the parts used to make them unique are not that many.

For instance, below is an image of a painting machine. 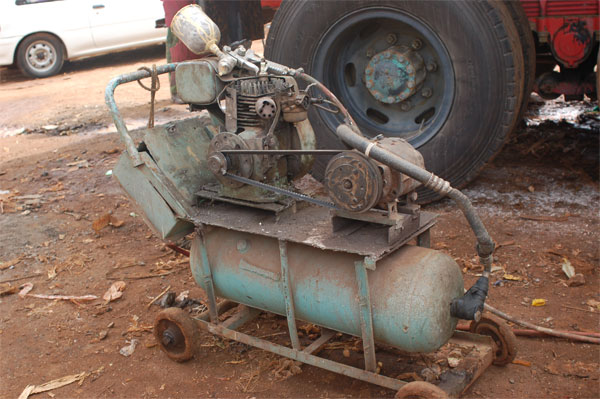 The painting machine has an engine, an air compressor and a tank for holding the compressed air.

I’ve seen the same setup, switching out the air compressor for a circular saw, water pump, or a generator. In the same way, the compressed air tank can be switched out for a larger fuel-holding tank or some other machinery that fits the specific need.

Below is an image of the same type of machine, this one with the same setup, except that the compressor is used for tire repair instead of painting. 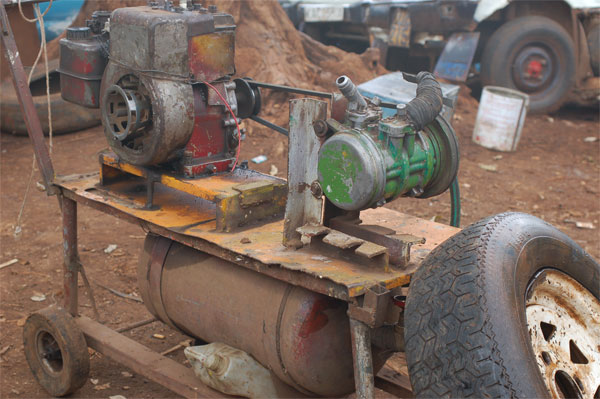 Generally, the engine and the frame are the mainstay. The engines used are primarily Briggs & Stratton, the old workhorses of Africa, though I’ve seen Honda trying to make headway in this market lately as well.

The machinery setup is a good example of low-cost fabrication using a modular setup. All of the local fabricators tend to use the same frame setup so that they can mix and match with each others work.

[Update: I’m currently going through my archive of pictures and videos for more machines like this. If you have some pictures of these types of machines, please send them my way.] 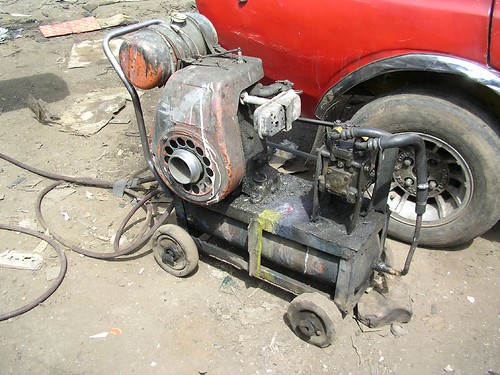