AfriGadget’s second monthly BBC/PRI interview with The World is now live. Juliana, one of the editors who also blogs at Afromusing, was interviewed this month. You’ll hear her start talking at about 17:15 in the podcast. 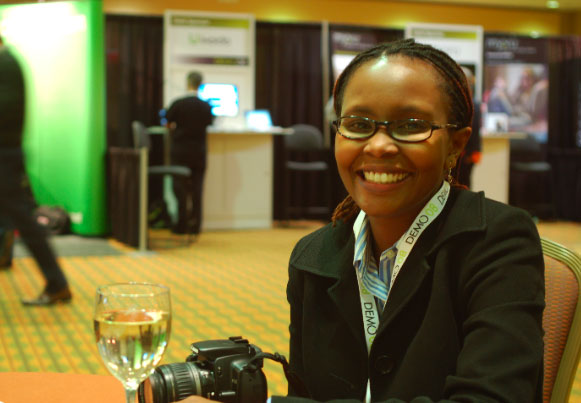 (I took this shot of Juliana while at DEMO, where we did a panel on tech in Africa)

It’s been a lot of fun to start sharing some of the stories and vision behind AfriGadget through the radio. Clark Boyd is a real pro, so it makes it easier for us amateur radio interviewees to figure out what we’re doing. (thanks Clark!)