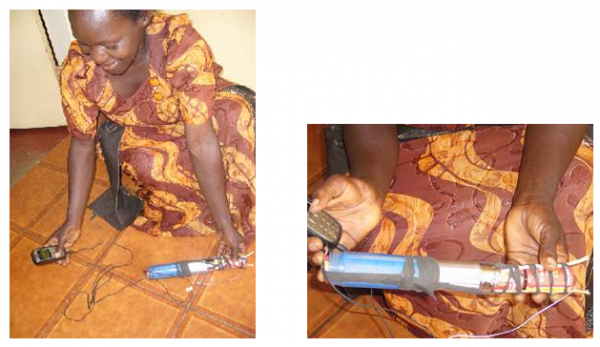 She uses ordinary size D batteries that are readily available in the village to power radios and torches. She wraped five (5) batteries together, then removed the plug from the phone charger and attached the bare wires to the + and – terminals of the batteries.

Mrs. Muyonjo is a housewife in a remote village of Ivukula in Iganga district, Eastern Uganda. She had a bad experience with a local mobile phone charger, so decided to hack her own solution in response. Read the full story on the Women of Uganda Network’s site.