There was a major announcement today from Nokia about the release of cheap phones for the emerging markets, featuring dual sims and the ever useful LED flashlight. What is even more interesting is that with the launch of the phones, a bicycle charger kit. According to CNET Asia, the kit will be available by year’s end. 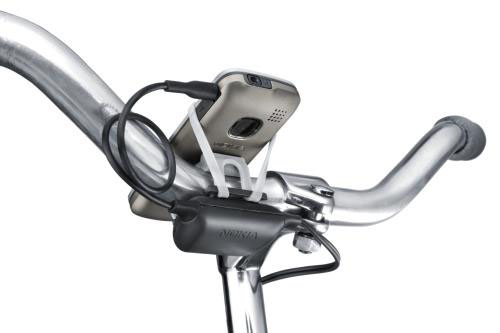 Rounding up the announcements today is the Bicycle Charger Kit, which comprises a charger, dynamo and phone holder. When docked to the latter with a 2mm charger jack, the electrical generator will produce energy to juice up the handset. According to Nokia, the dynamo starts charging when the speed of the bicycle reaches 6kmh and stops when it hits 50kmh. It matches the efficiency of a normal charger when the bike is traveling at 12kmh.

The bicycle charger kit will be useful to many people in Kenya and other emerging markets, its only a matter of time before it is repurposed to charge other devices like small radios. All in all the phones seem AfriGadgetty, what with their dual sims; perfect for markets where people have more than one carrier – thinking of Nigeria here, where its not uncommon to see someone with multiple phones because of varying network coverage/dependability + LED flashlights, it is clear that Nokia is making products that have utility for millions of people around Africa. Personally I can’t wait to try out the phones and mobile kits as soon as I can get my hands on them. Come to think of it, this is hardware localization, something that could go hand in hand with the software localization we are clamoring for in the African market. 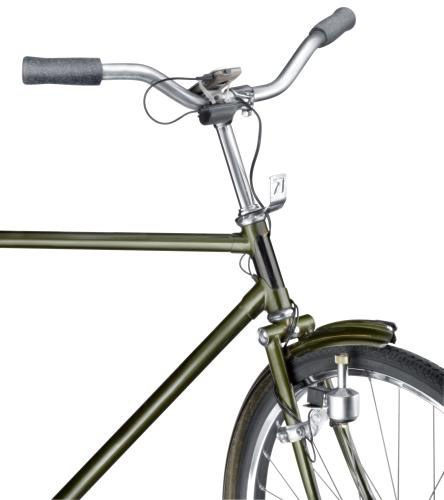 For modded bicycle posts from the AfriGadget archive, click here.

Many thanks to my friend Cyrus for the heads up, I think he has just inspired me to blog again.

African, Kenyan, Blogger. I am fascinated by solar energy tech, and the empowering, leapfrogging nature of technology for Africa. View all posts by Juliana Rotich