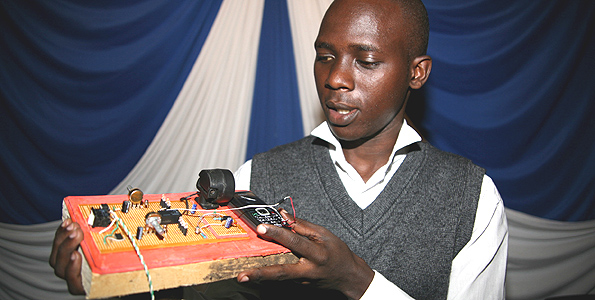 Pascal Katana, a Fourth Year student at the Department of Electrical and Information Engineering at the University of Nairobi, Kenya, developed an electronic device that ‘automates’ fishing. The trap employs amplification of the sound made by fish while feeding. The acoustic signals are radiated and attract other fish who head toward the direction of the source thinking there is food there.
Once a good catch is detected by a net weighing mechanism, it triggers a GPRS/GSM device attatched to the system and the fisherman gets a call/sms informing him that his catch is ready. Pascal is in the process of developing a by-catch control system which will ensure that his contraption doesn’t cause overfishing.

If you donated before your funds never made it to us and are lying unclaimed in your PayPal account. Please consider re-sending that money via the new widget below. (this one does work, I have tested it)

The Grassroots Reporting Project is one of the initiatives that we’ve been talking about for a little while here at AfriGadget. It’s where we put smarter mobile phones into the hands of young Africans and get them to report AfriGadget stories. We’re at a point now where we’ve identified the right people, what we need is your help in raising $500 to make it happen.

As this is our pilot project, we want to start small and learn lessons before we expand to other parts of the continent. Our first group is made up of some youth from the Khayelitsha township outside of Cape Town. Local blogger Frerieke van Bree is acting as their blogging and multimedia mentor as they are taught how to find and tell stories about local inventors, innovators and local people doing ingenious things around Cape Town.

Two of the individuals that will be taking part in the program are Lukhona Lufuta and Zintle Sithole. Both live in Khayelitsha Township near Cape Town. They are 12th grade students who are part of a 12 week leadership program called COSAT (Centre of Science and Technology, a High school for science, IT and Math). 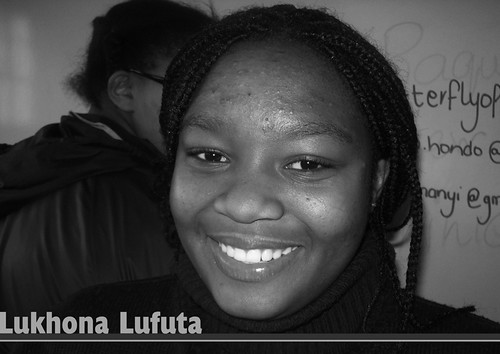 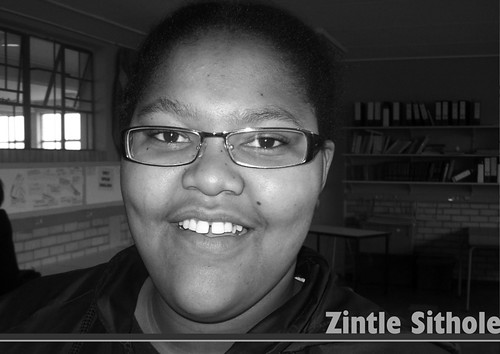 What the money is for

We had originally thought to use the Nokia N95 that we were so kindly given by Pop!Tech, this is a fairly costly device to have an accident happen to, so we have decided to ask the AfriGadget community help us purchase the Sony Ericsson C702. According to Frerieke,

“The phone that was most convincing to me due to it’s nice robust appearance – no sliding or flipping to open, it’s solid, easy to use, doesn’t look too fancy and it is splash and dust resistant (useful in the sandy township).”

We could use your help in a number of areas. First and foremost, just help spread the word about the project. If this pilot project turns out well, we’ll be doing this in many other untapped parts of the continent, and we’ll need even greater support.

Second, donate using the Chipin widget above, or to main@afrigadget.com

Lastly, thank you for being part of this community, for helping it get traction and grow all over the world.

[Update: After talking with support at ChipIn, they told me it is no longer supported, unless you create it through their new service SproutBuilder. I have done this, and a new widget is available above.]

Katharine Houreld has filed an AP story describing how the Ol Pejeta Conservancy, a private game reserve ranch in Kenya and Save the Elephants, an NGO dedicated to the survival of the species are using the combination of a GSM/GPS based home brew animal collar solution to track and monitor movements of elephants and other animals.

A pilot project placed an electonic collar containing GPS and GSM units on Kimani, a bull elephant who was the last surviving member of a 5 elephant group with a penchant for raiding farms to eat crops. This collar allowed park rangers to track the elephant’s movements using Google Earth / Google Maps. The project also allowed park authorities to monitor animal locations at all times and acted as a deterrent against the poaching of this important resource.

Crop raiding is a huge problem on farms bordering parks and reserves as a herd of elephants or other animals can wipe out entire crops on a single night destroying the livelihoods of the farm owners.

The coolest side benefit of the product though was when the project team figured out that they could create a virtual “geo-fence” and trigger alerts whenever Kimani the elephant stepped outside this virtual fence – an occurrence that indicated that he was probably on his way to a village to carry out some crop raiding.

The set up used a hardware and software solution that sends text based messages in real time with location data over GSM to park rangers whenever Kimani approaches a park fence that is close to a farm.

This is yet another great example of why the use of mobile phones continue to be the computing platform of choice in many ingenious and innovative homebrew technology solutions in Africa.

Click through the links below to articles and video about this project.

How Save the Elephants is using Google Earth / Google Maps to track elephant movements.

Video on how the solution works

Morris Mbetsa, an 18 year old self-taught inventor with no formal electronics training from the coastal tourist town of Mombasa on the Indian Ocean in Kenya, has invented the “Block & Track”, a mobile phone-based anti-theft device and vehicle tracking system.

The system, that Mbetsa created by combining technology from projects that he has completed in the past, uses a combination of voice, DTMF and SMS text messages over cell-based phone service to carry codes and messages that allow control of some of a vehicles’ electrical systems including the ignition to manage vehicle activation and disabling remotely in real time.

Another feature of the system is the capacity to poll the vehicle owner by mobile phone for permission to start when the ignition is turned in real time as well as eavesdrop on conversation in the vehicle.

Mbetsa is now looking for funding to commercially develop his proof of concept and bring it to the market as reported on this video carried on the Kenya Television Network earlier this year.