Here’s a call to all AfriGadget innovators to submit their “appropriate technical solutions” (= products and service ideas) to an international competition which was recently initiated by Siemens Stiftung (Foundation):

“We are looking for relatively simple, appropriate technical products and solutions in the categories Water & Waste Water, Energy, Food & Agriculture, Waste Management & Recycling, Healthcare, Housing & Construction and Information & Communication Technology in order to fulfil basic needs of people in developing and emerging countries. Each product or solution to be submitted has to be either already implemented in a project or needs at least a prototype with a proof of concept.”

“The project also aims to build up a database of inventions that is accessible to actors in developmental cooperation.”, the FAQ go on explaining. This actually really is the sweetest part next to the 50k EUR prize for the 1st winner, because such a database on inventions is often asked for. Here’s a good example of such a database, initiated by Engineering for Change (E4C). Let’s hope they’ll also open it up to the public and not only keep it accessible to dev aid coops only.

They also address the issue of Intellectual Property Rights (IPR) and state that “all intellectual properties will remain with the developer/ developing team”. This is an important step because many innovators actually don’t want submit their ideas to such competitions which are often only for pooling smart ideas – and then cashing in on the potential. For those of you who are looking for some historical explanations of IPR in many African countries, here’s an interesting paper on the topic by Kenyan economist James Shikwati (ex 2004, though).

“Uhm, a social enterprise?”, you may ask. Social enterprises may not be on everyone’s agenda when it comes to traditional business, but their products, man, the products are sweet – and hence qualify to be mentioned as AfriGadget solutions (with such a delay, considering that the following product was launched in 2009 – apologies!): 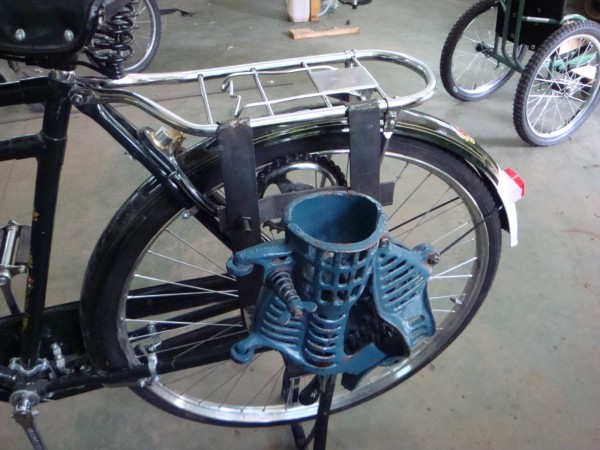 A detachable maize sheller kit that fills a 90kg sack of maize in 40 minutes and which may be removed for transport. The machine is said to pay for itself within a month and costs 60 US-$. The project also reminds us of the many other “bicycle-related” blog posts on AfriGadget. Bicycles certainly are the multi-machines in many African countries.

Or how about the GCS Bicycle-powered Kiwia Phone Charger? 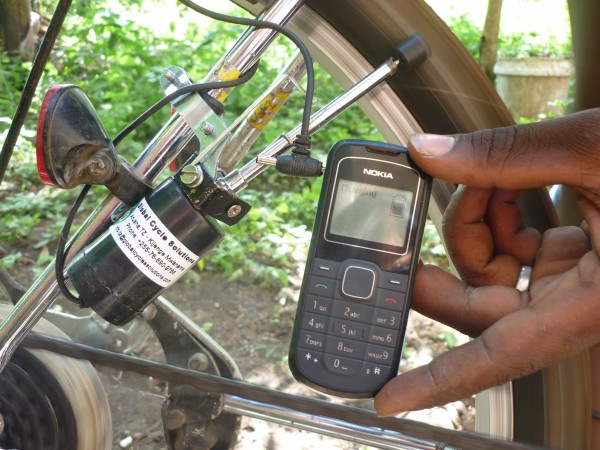 The GCS Bicycle-powered Kiwia Phone Charger is just another one of those mobile phone chargers that certainly sell better than the Nokia alternative – just because it’s locally available and probably also cheaper.

So there you have it – local products that also sell. How? On their blog, GCS write: “…GCS has finally figured out a sales model that works for us. With a car and PA system, and a nice spacious tent, we are having profitable road shows at the time…”.

Have a smart business idea that you’d like to cash in and which would qualify for the “empowering people. Award”? Then hurry up and submit your entry up to December 31, 2012! All winners of the competition will be announced in summer 2013. Good luck!

Few things make Monday really special. Here’s a photo posted by Alen Wekesa on Twitter. Alen describes himself as a sassy Kenyan who loves advertising, music and the arts. iPhone, Twitter, Facebook junkie. Soon to be millionaire with a big heart for charity. Reliable. He is in Dar es Salaam, Tanzania, but I’m not sure where he took this photo. Enjoy! (Sorry for the dud link earlier folks, here’s trying again)